When You’ve Got Jacko’s Loans And Stuff Not Wanting Your Business, You Know It’s Time To Hang Out With The Coreys — Is That Some Sort Of Mafia Reference? 🤔

"when you've got Jacko's Loans and Stuff not wanting your business, you know it's time to hang out with the Coreys."

Which brings us to this funny bit of conversation:

Corey Feldman and Corey Haim are two child actors who became stars in the 80s. They played together in several movies, like: The Lost Boys, License to Drive and Dream a Little Dream. 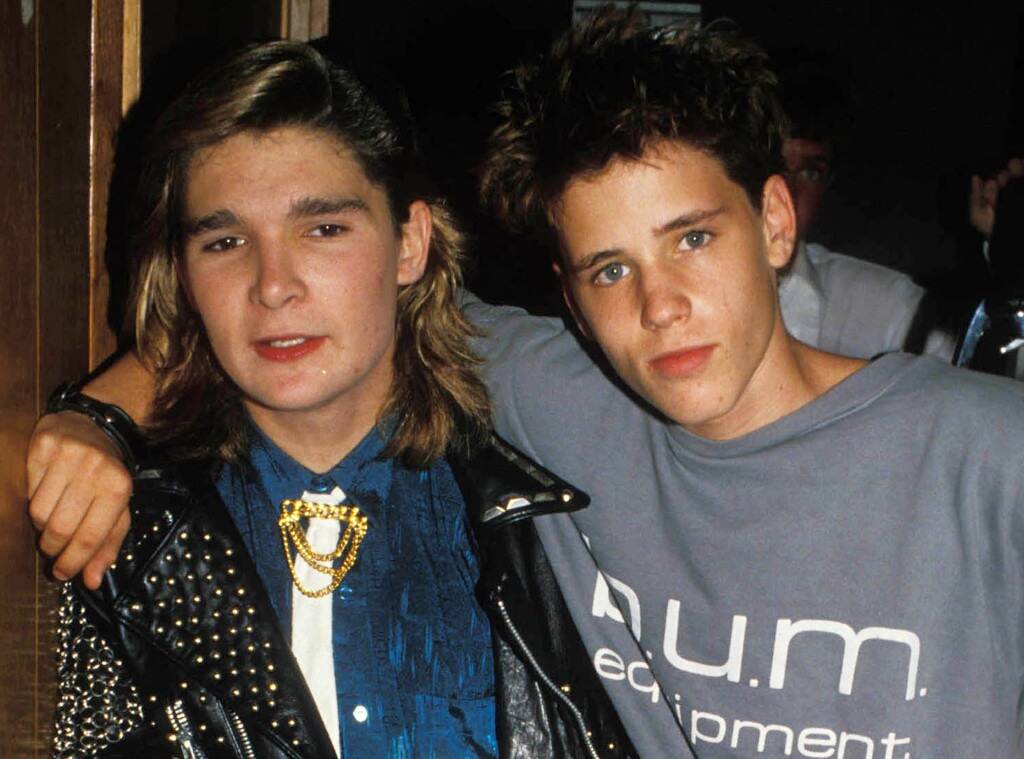 Depending how old you are, you might already know them quite well. They were reaaaaally famous.

But that doesn't mean you understand this reference, does it?

What does "hanging out with the Coreys" have to do with being rejected for a loan at several banks?

Lorelai, once again, makes links in her head that are really hard to get (unless you're Rory and you have this special bond with her 💖)!

So, in the end, this one is open for debate. I'm gonna share my thought process with you and let you know what my guess is.

Is That Some Sort Of Mafia Reference?

At first I looked into their life in general.

Before looking it up, I thought Lorelai jokingly meant it was time to look into illegal ways to make money, since she couldn't get a loan from a bank.

So I thought the Coreys (who I didn't know) was some sort of mafia reference. As in, if you start hanging out with them / working for them, you'll get the money you need!

Turns out, nothing points in that direction!

The Coreys were seemingly nice guys and played in teenager movies. Unfortunately, being famous this young, they had problems with drugs and addictions. But even then, nothing points to selling drugs, which would have made sense for Lorelai's reference and my mafia related theory!

I also looked into their filmography, thinking it might be one of those times where Lorelai uses the actor's name instead of the character's to reference a movie they were in.

But to my knowledge, none of their movies have anything to do with banks, or loans, or trying to make money outside the conventional ways...

Then I looked into the Coreys finances, thinking Lorelai might have mentioned them for their wealth. As in, since I can't even get a loan at Jacko's Loans and Stuff, I'll have to start hanging out with rich people!

Turns out, it's the opposite!

A few years before the episode was written, one of the Coreys filed for bankruptcy. Drug abuse and not being able to find work led him there. The other Corey must not have drowned in cash either, considering the downgrade of both their careers in the 90s...

So my official guess is...

Lorelai compares herself with their financial failures. She thinks: well, this is it, I'm broke... might as well hang out with people like me!

She might even mean that if she can't get a loan, she might have to declare bankruptcy herself. Because if she and Rory can't live in their house and they can't sell it because of the termites, she's pretty much screwed...

Ultimately, what she means is... she feels like a big fat loser! 😳

You might know the Coreys better than me and have a different idea of what Lorelai means... If you do, comment below and let me know!

Otherwise, I feel pretty good about this explanation. I kind of like it when I have to work hard for it 🤣

Once in a while I ask the members which reference they'd like to hear about next. That's how I picked today's topic!

If you'd like to participate in these polls, some fun discussions and read juicy Gilmore related articles, join here!