It’s Gonna Be A Bad, Depressing Lifetime Movie And Nancy McKeon’ll Be Playing Me — A Sneak Peek Into Lorelai’s Obsession For TV Movies

"It is going to be a bad, depressing Lifetime movie and Nancy McKeon will be playing me."

Remember when Richard spends the day in Stars Hollow in Season 2?

Lorelai's being her most dramatic self and begs Rory not to go to school so she doesn't have to spend the day alone with her father.

RORY: Mom, I have the Franklin today. I cannot miss it.
LORELAI: Rory, please. I can't handle the entire day with him. I can't, I can't, I caaaaan’t.
RORY: Mom, I promise. Just make it till the afternoon, and then I promise I'll come right home and I'll take Grandpa off your hands.
LORELAI: All right.
RORY: It'll be fine.
LORELAI: It is not going to be fine. It's going to be horrible. It is going to be a bad, depressing Lifetime movie and Nancy McKeon will be playing me. I am Jo.

You might already know Lifetime movies; they're made for the Lifetime television channel. Often trashy, they're known for their overdramatic plots and lower overall quality than Hollywood movies.

Something I learned though is that they employ more female directors than anyone else. They're often stories about women and often have female leads 👯‍♀️🎉 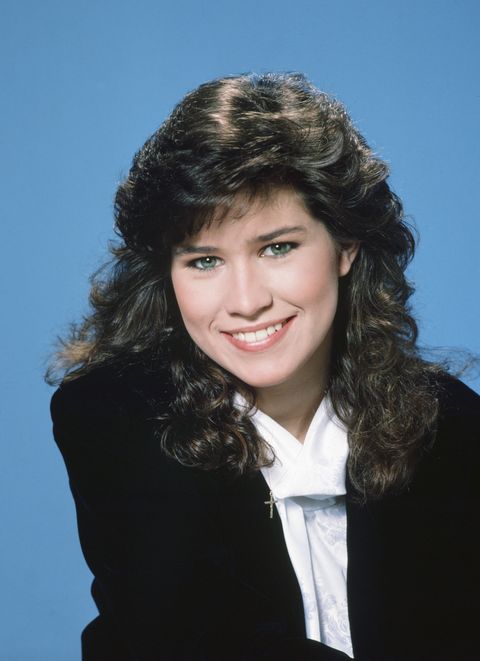 Nancy McKeon is an American actress who played in a bunch of tv movies like A Cry for Help, Please Don't Hit Me Mom and In My Sister's Shadow.

They're not all produced by Lifetime, but they have pretty much the same purpose. Dramatic TV movies tend to have one thing in common: everything that could go wrong, does.

Personally, I can't stand that kind of movies 🤣

It's like everybody's dumb (or is it just badly written characters? 🤔)... Everything goes wrong because they don't react the way they should!

You know the drill: they go in the cabin where there's obviously a serial killer or they take too long to leave when they know someone's on their way to beat them up...

But we know the Gilmore girls watch those movies to make fun of them, which I get.

In the revival, they talk about Tori Spelling. They mention Co-Ed Call Girl and other movies she's done, and if you do a quick research about Lifetime movies, you'll see she's kind of a legend!

So Lorelai and Rory (and Amy Sherman-Palladino, no doubt!) really enjoy the trashiness of tv movies!

That explains their knowledge of even the actors that do that kind of projects.

It also explains the comparison Lorelai makes between a "bad, depressing Lifetime movie" and a day alone with Richard. She knows that name-dropping the Lifetime channel will add dramatic effect to the awfulness she's trying to describe.

The other thing she says is: "I am Jo". Which sort of makes sense, but not that much 🤣

She's referencing Nancy McKeon's biggest role (or the one she's most known for): Jo Polniaczek on the sitcom The Facts of Life. 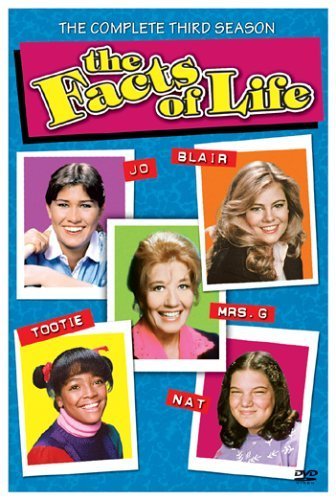 The Facts of Life isn't a Lifetime movie so it's got nothing to do with what Lorelai's talking about. But she actually does that a lot: she calls actors by their character's name and vice versa.

In season 6, episode 4 (Always a Godmother, Never a God), Lorelai describes the tv movie Riding The Bus With My Sister. She says:

Angelica Huston played the character of Maerose in the gangster movie Prizzi's Honor. In this case, it's pretty obvious Lorelai's talking about the same person. But it's not always like that!

Lorelai compares her awful life situation with most of Nancy McKeon's work, but then she interchanges the actress' name and her character's, referencing them as if they were the same person. She's basically just name-dropping with the best of 'em!

I hope it all makes more sense to you now Cutie Pie. This was fun for me, I already can't wait to dive into next week's reference!