I Might As Well Go Out And Find A Pointy Hat, A Stool And A Classroom Full Of 6th Graders — Or How A Dated, Brutish Punishment Method Made Jason Sound More Romantic!

"If I did bolt, I might as well go out and find a pointy hat, a stool and a classroom full of 6th graders"

Lorelai misunderstands Jason, as he tries to tell her that he wants her in his life.

He's explaining the meaning of the key he gave her. He tells her that at this point of a relationship, he usually bolts. But he doesn't want to bolt this time.

"If I did bolt, I might as well go out and find a pointy hat, a stool and a classroom full of 6th graders, because I'd be an absolute idiot to screw this up."

The reference comes from the Dunce Cap, which used to be a tool for punishment in classrooms. 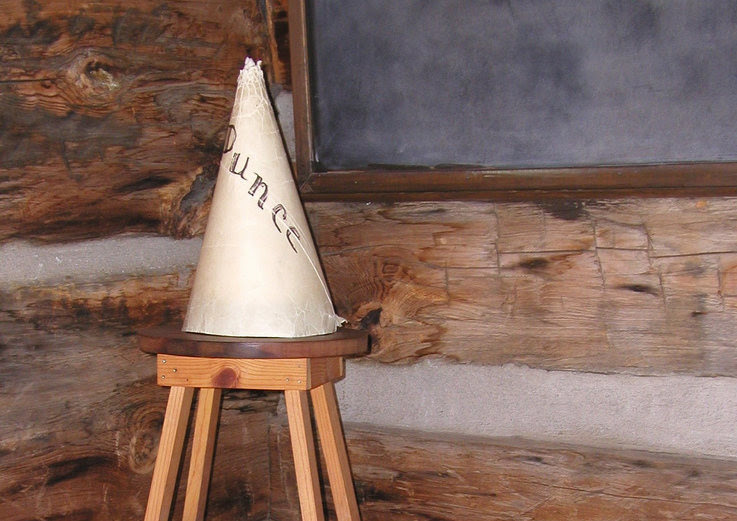 "A dunce is a person considered incapable of learning. Dunces are often comedically shown wearing paper cone hats, known as dunce caps with the word "dunce" or "dumb", or simply a capital D, on them.

Schoolchildren were sometimes compelled to wear a dunce cap and to sit on a stool in the corner as a form of humiliating punishment for misbehaving or for failing to demonstrate that they had properly performed their studies." (Wikipedia)

"I'd be an absolute idiot to screw this up"

As Jason says, he'd be an idiot to screw up his relationship with Lorelai. Which is why he pictured himself looking like the kid with the hat in this photo: 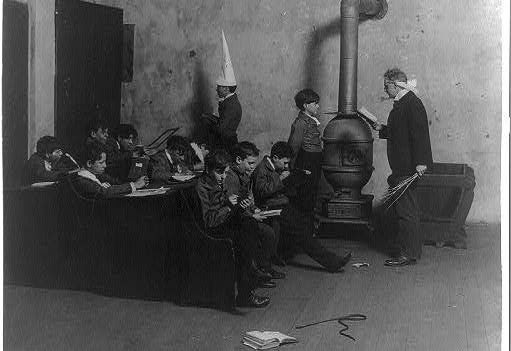 It's funny to imagine Jason sitting on a stool at the back of the class wearing a pointy hat with the word dumb on it! 😂

UK citizens probably know this reference already, as the practice "continued well into the 2000s in some parts of England".

And according to this article: "It was used as late as the 1950s in American schools."

Oh well... I hope you enjoyed this little piece of knowledge!

Talk later for another explanation of an obscure quote!

Categories: Episode 17: Girls in Bikini, Boys Doing the TwistPop Culture ReferencesSeason 4
Tags: "I might as well go out and find a pointy hat a stool and a classroom full of 6th graders""I'd be an absolute idiot to screw this up"Dunce CapGilmore GirlsGilmore Girls referencesJason Stiles